The Wessex Capacity Alliance is part of £800m being invested by the Department of Transport to fund a major programme of upgrade works on the Wessex route, which will deliver up to 30% more capacity at peak times by 2019. The works being undertaken at Waterloo to achieve this includes: rebuilding the former International Terminal so platforms 20 – 24 can be used by domestic services and to provide a modern, high-frequency commuter terminal; extending platforms 1 – 4 so ten-carriage trains can run on London Waterloo suburban services for the first time; and congestion relief works to improve passenger flow in and out of Bakerloo, Northern and Waterloo and City Line underground lines.

Working as a specialist subcontractor RGL arrived on site in December 2016 to undertake precision concrete hydrodemolition works. The scope entailed removing approximately 180 cubic metres of concrete from the existing platforms, 20-24, and was undertaken using the following removal methods:

Due to the tight programme, and short time lead, RGL had to mobilise to site within a week of receiving the order, providing one crew for the first two weeks before adding an additional crew to enable 24 hour working over Christmas Day and Boxing Day. This was to facilitate works required in close proximity to the public thoroughfare and was undertaken when the station was closed to minimise any impact on the public.

The works started by undertaking hydrodemolition on the ‘Orchestra Pit’, where the new bridge for the departure level is being constructed. Using one of our tracked robots, we were able to remove an average of 3 cubic metres of concrete per shift, meaning the removal of 20 cubic metres took 7 shifts. The robot was powered by a lorry mounted 550hp jetting unit using approximately 200 litres of water per minute.

Once the majority of concrete had been removed, by the robot, one of RGL’s specialist hand lance teams were employed to provide the finishing touches, and trim up the removed area leaving it ready for reinstatement of the new concrete structure to create the new bridge.

The second area requiring hydrodemolition was platforms 19-21 of the Waterloo International Terminal. This was to enable escalators and staircases to be installed, along with the platforms being extended to accommodate the new trains for the planned opening in December 2018.

The jet frame robot was employed to remove the concrete slab. This setup was used to enable the required depth of removal to be achieved. The concrete removal left all steel reinforcement undamaged, and by using the semi-automatic robot, workers were situated away from the work face, thus removing hazards associated with noise, flying debris and poor visibility. Some hand lancing work was still required, to trim up and tidy the edges left by the robotic equipment.

The removal work on platform 19, using the robot and tracked jet frame, were completed in sync with works to platform 20 and 21, before any hand lancing was required.

The robot was powered by a large ultra high pressure containerised jetting unit providing approximately 54 litres of water per minute at a pressure of 2800 bar.

The robot is remote controlled, meaning the operatives are able to keep a safe distance from the work face but on hand to monitor and control accuracy. The robot has the capacity to program a removal plan into it, ensuring all of the concrete removed is to the specified depth, width and length.

This robot has not only helped increase productivity, with an average of over 3
cubic metres per shift being removed, but due to its accessories it has also enabled it to be used in more scenarios with a long reach arm element included.

Over a period of 3 months approximately 170 cubic metres of concrete was removed from the 3 platforms in preparation for the reconfiguration works.

Other modifications involved the removal of two concrete slabs. The slabs were being removed to enable the steel reinforcement to be trimmed back, before being reinstated at a later date. These works were undertaken inside a working enclosure, covered in acoustic matting to mitigate any flying debris and the noise from the operation.

The volume of concrete removed was 3 cubic metres from one slab, and 8 cubic metres from another. The works were undertaken using ultra high pressure hand held precision hydrodemolition. These high performance jetting units and skilled operatives enabled us to complete the removal in 9 shifts. The installation of a rubble shoot helped productivity by enabling all debris to be disposed of quickly and easily from the workface, prior to removal and disposal from the site.

The first stage of the project was completed in June 2017, with the total volume of concrete removed being circa 220 cubic metres, achieved by employing over 500 shifts throughout the duration of the works. The combination of the robots and hand lancing efforts enabled RGL to complete the works on time, within budget and above all, safely.

“I would like to extend our thanks to you and your business for all the hard work and great effort that went into the demolition works on the Waterloo International Terminal project. I appreciated that we put RGL up against achallenging programme and your teams had to work 24/7 to deliver against this. Please extend our thanks to your employees and we thank you again for your large contribution towards the success of this project and look forward to working with RGL in the future.” – Derek van Rensburg, Lead Delivery – Wessex Capacity Alliance.

Servicing industries around the world

RGL have successfully completed numerous projects globally and in a diverse range of industrial environments. From the skillset of our operatives to the tools we select for a task. There is no substitute for a contractor with a working experience of your industry and the challenges you face.

Read our case studies to learn how we’ve helped clients make projects a success and stay at the top of our ever-changing industry. Whatever the problem, we always aim to create solutions that deliver the best possible result. 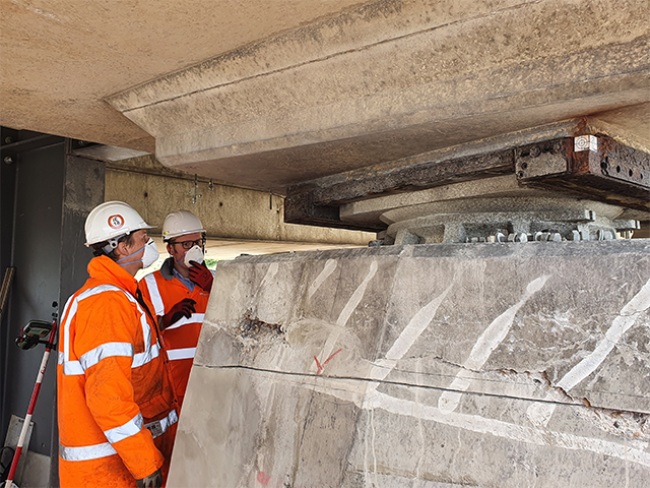 A recent precision hydrodemolition project saw RGL remove 4.6m3 of concrete from the stubs of each pier on the Eastcliff Viaduct, facilitating access the elastomeric bearings for routine replacement. 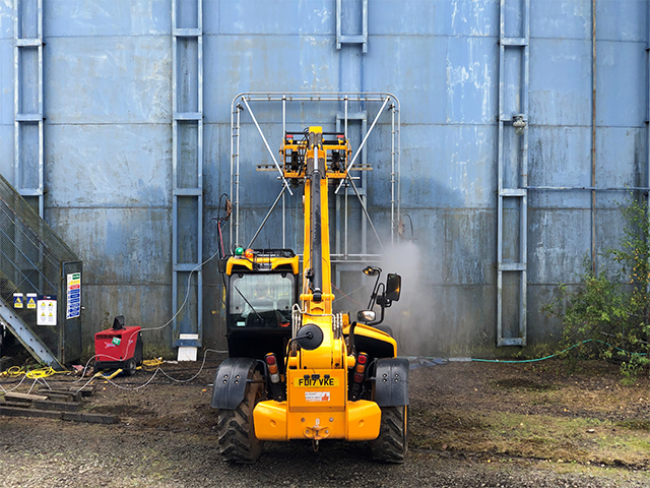 As part of a decommissioning programme at Provan Gas Works, DSM Demolition needed RGL to safely cold cut access points into a gasometer without risking ignition of the potentially explosive contents.